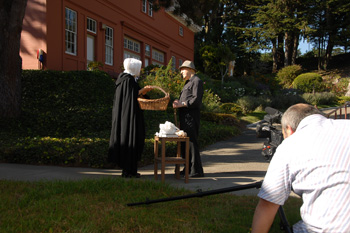 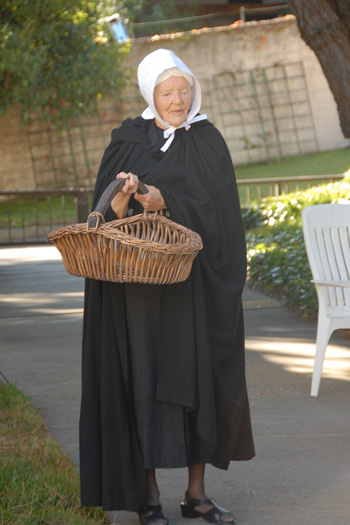 St. Jeanne Jugan’s birthday on October 25th was celebrated at St. Anne’s by the presentation of a full length film on the life and times of Jeanne Jugan. This labor of love took over one year to complete and was produced, directed and edited by our Creative Arts Director, Tim Lobacz. The majority of actors were Residents of the Home with a few cameo appearances made by staff members or friends of the Home.The leading role of St. Jeanne Jugan was played by our very own Edith Hartnett, who is fulfilling a lifelong dream of acting at St. Anne’s by not only appearing in this film, but also in many stage productions at the Home. Shannon Quinn provided vocal accompaniment and Barbara Anderson provided the narration, both Association Jeanne Jugan members. Much of the filming was done on site at St. Anne’s using green screen technology, but there were a few field trips to local sites that captured the time period very successfully.

Residents, staff and friends and Little Sisters all gave the production five stars and a unanimous thumbs up.